End of the Road or New Beginning?

Today I had the chance to spend a little time reading an Acres, USA magazine from March of 2019. One of the articles seemed like a possible source of encouragement right now for our fellow farmers in the conventional ag sector who may feel the future of their chosen profession looks a little bleak. Written by Dr. Jonathan Lundgren, it's titled Confessions of a Corn Entomologist: Keys to Regenerative Farming. The gist of the scientist author's message was his disenfranchisement years ago with focusing on studying corn, mostly because all the studies that were happening weren't truly solving problems. He eventually realized every innovation that came along was "directed toward making a broken system work rather than asking the more pressing question of whether the system itself is fundmentally flawed."

Dr. Lundgren ended up being part of a research team that studied effects of predators in the soil on corn rootworm larvae. In short, the team found that the "insecticide-treated cornfields had 10 times more pests than the insecticide-free, regenerative cornfields." The farmers in the latter group did not simply quit using insecticides and GM corn, but were managing in such a way that they were also favoring diversity and soil health. Their simple principles were "stop tilling, never leave bare soil, more plant diversity on the farm is better than less, and livestock and crop production belong together."

Although the regenerative farms in this study yielded about 29% less grain, THEY WERE TWICE AS PROFITABLE! Farmers like to compare yields, pounds, production, etc. But isn't the bottom line more important? Isn't the bottom line what is required to stay in business for the long haul?

If a farmer is heavily dependent on costly inputs such as GM seed, synthetic fertilizers, and chemical pesticides, (all sold by companies that tell the farmer what he or she needs) and then must take whatever price the commodity market offers him or her, it can get rough! But maybe, just maybe, all those inputs are not as necessary as those companies would have us believe. That is, if we are willing to think outside the box they want to put farmers in.

Dave Pratt once said something along these lines: "The purpose of a business is not to make a profit. The purpose of a business is to serve. But just as breathing is not the purpose of life but is necessary for it, so is profit to a business." For your farm business to keep breathing for future generations, the most critical factor to your bottom line is your soil health. If you know what it means to feel like farming is in your blood, but are getting squeezed from every side to the point you don't know how much longer the ship will stay afloat, maybe it's not the end of the road, but an invitation to fix what's actually broken. You just might find yourself at the beginning of a whole new adventure! It may require you to change the way you think about things. It may even require you to go against the flow and popular opinion. If you need someone in your corner to support you in this kind of "crazy" thinking, you are welcome to stop by our farm sometime for a little encouragement ;) . We're not experts in much aside from going against the flow but are happy to be a resource on others' journeys :)

Below are photos of the article if you want to read the whole thing. Another book I highly recommend for anyone wanting to learn a bit more about regenerative farming is Dirt to Soil by Gabe Brown. His story of near-bankruptcy after three consecutive years of natural disasters to the profitability he began to see once he changed his management to regenerative practices is both practical and inspiring! 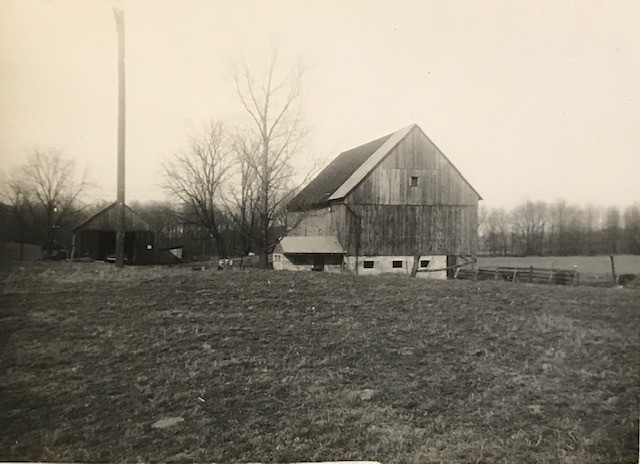 Butterflies and Their Bushes 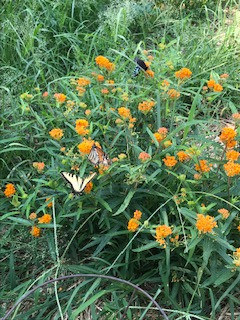 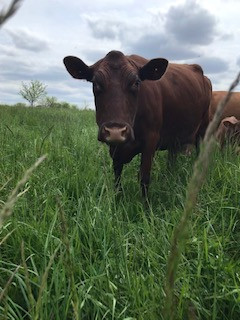