For many years we have pastured the cow herd during the winter months about three miles from the home farm on some reclaimed coal mine ground. To get the cows there each fall (and back home in the spring), we invite friends and neighbors to participate in what has come to be known as our cattle drive. Usually the fall cattle drive happens sometime in early December. This year has been one of those years that shakes up the routine a bit. The drought and heat we experienced through the late summer and early fall significantly reduced the amount of grass that grew before cold weather set in. There is not as much grass that grew at the winter pasture either, so let's hope there's not as much mud as there was last winter, or the feed supply for the winter will not last as long! We've got SOME forage yet to be grazed at the home farm, and we are hoping that the weather allows us to continue milking several cows for a few more weeks yet. If we move the cows that are not milking (the cows which have already been dried off, as well as the pregnant heifers which will be first time mamas next spring) to the winter pasture soon, we'll be able to graze the milking cows here a little longer in December (and have some fresh milk to sell for longer, we hope!).

This first group we are planning to move up the road by trailer soon, probably on a weekday. Although first we have to make time to get a little fence fixing done! The milking group (which may be a rather small group by the time we dry them off in the next month!) we can hopefully move by cattle drive sometime before Christmas. This is a long shot which could be affected by several factors, but one possible date could be Saturday December 21. If it gets super cold and stays cold, we may have to stop milking sooner. If we end up with packed snow or especially ice on the roads around the 21st, it wouldn't be safe for the cows to walk on the road, as they could slip more easily and fall. We will try to let folks know how the plan unfolds as the time draws closer.

We appreciate all the interest and excitement, and apologize for uncertainty in the schedule for those who are looking forward to participating! As the saying goes, mother nature bats last! 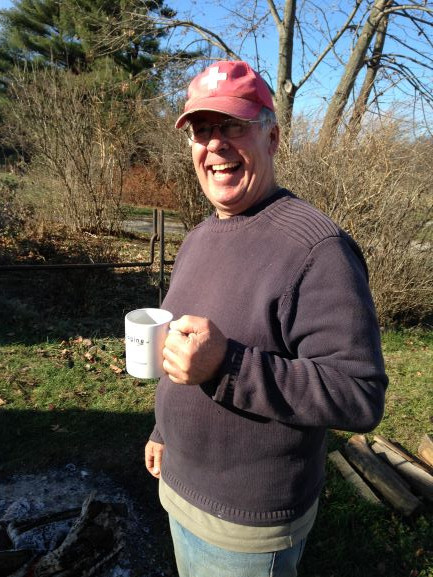